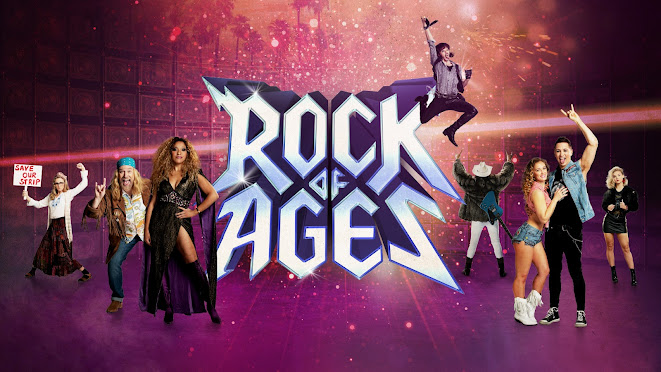 Set in Los Angeles  back in the debauched Sunset strip of the late 1980’s, Rock of Ages is a jukebox musical arriving in Eastbourne’s newly refurbished Congress Theatre on the back of hugely successful runs on Broadway, London’s West End, Vegas and, of course, THAT Tom Cruise movie.
And what a show it is. From the start is a barrage of memorable rock songs, leather jackets, high energy and higher waisted leotards and risqué humour. A love story for the ages, it’s a show that grabs you from the start with it’s infectious enthusiasm and doesn’t let go.
But as good as the staging and performance are it’s the music most people will come to hear. Thankfully then Rock Of Ages delivers here in spades. Yup 25 classic rock anthems & ear worms from the 80’s are present from Don’t Stop Believin’ & We Built This City to the The Final Countdown and many more. Expect these tunes to be firmly stuck in you head for hours (and days) after…
This touring version is also gifted with a great cast. Former boyband star Antony Costa delivers a solid turn as sleazy rock god Staceee Jaxx, Jodie Steele is excellant as Sherie and former Eastender Kevin Kennedy is almost unrecognisable as Bar owner Dupree.  But for me it was Lucas Rush who steals the show as the narrator Lonny. Charming, funny and cheeky he was just brilliant, clearly loving every moment of it!
Just a word of warning – with ample of sex , drugs and swearing this may be one for younger kids to give a miss.
Rock Of Ages is a riotously good, rocking night out… I absolutely loved it!
Rock Of Ages is currently performing at The Congress Theatre from Monday 8th until Saturday 13th April. 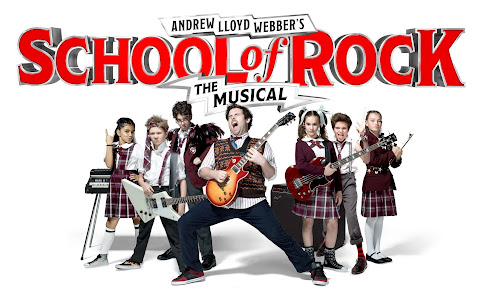